“Early on I realized that part of my own problem in the search for the research I would ultimately do was that I was looking out and not in. I thought there was a magical answer outside myself.” (Battiste, p. xx)

“Any reforms must take into account the fundamental diversity of Indigenous knowledges, and must create structures and guidelines that are capable of accommodating this fundamental concept, keeping in mind that no single Indigenous experience dominates other perspectives, no one heritage informs it, and no two heritages produce the same knowledge.” (Battiste, p. xx)

Battiste traces the history of Mi’kmaw education from the roots early of colonialization and then explores their routes to reclamation.

“Mi’kmaw systems of education were characterized by communal participation, observation, pragmatic and experiential learning, both formal and informal, and were highly dependent on intrapersonal, interpersonal, kinaesthetic, and spatial learning, as expressed in oral language and active engagement in the daily life of the people…Maillard observed and commented to his superiors that Mi’kmaq were very clever people who had proved to be good students in learning what he wanted them to learn, in particular the prayers and catechism in hieroglyphic, a system he picked up from the children as they wrote on birch bark… Thus, despite Maillard’s deliberate attempts not to teach Mi’kmaq the uses of the roman script as secular writing, they witnessed many uses of it by the French and later the English, and perceived its potential for themselves.” (Battiste, p. xx)

“Mi’kmaq were not giving up their way of life, including anything they had learned by way of their introduction to literacies, including their hieroglyphics… With few exceptions, [Howe] at first found nearly the whole tribe strongly prejudiced against learning to read or write any other language than their own… “Despite over a hundred years of contact and cooperation with the French and English, Mi’kmaq had solidly retained their traditional way of life.” 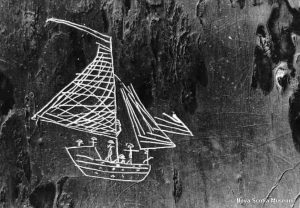 Cassie Arsenault traces the history of Mi’kmaq residential schools in more detail in a presentation in the following location: https://prezi.com/v6ceiu7d9knm/mikmaq-residential-school/#

“After more than a century of forced assimilation and the failed residential schools, the Auditor General of Canada concluded that the federal government had failed to educate First Nations children on a par with other Canadians. It found that the record of academic achievement of First Nation children living on reserves was dismal… This First Nations remedy for educational failure was to use the obligatory treaty resources of the federal government to develop their own schools founded on First Nations culture and languages, specifically “to give our children the knowledge to understand and be proud of themselves and the knowledge to understand the world around them” (NIB, 1972, p. 1).

Most important for First Nations, Métis, and Inuit peoples was that the Prime Minister of Canada acknowledged the excesses of the residential school system and apologized for the creation of the system… Canada’s apology to Aboriginal peoples for the destruction of their lives, their loss of parenting skills, and jeopardizing their continued livelihood based on their rich cultures and heritages comes as a welcome first step in creating a responsive education system for Aboriginal peoples.” (Battiste, p. xx)

“Aboriginal peoples based on fully integrating their own knowledge and heritage into a system that values and respects Indigenous ways of knowing and allows Aboriginal students to embrace and celebrate who they are instead of making them doubt themselves. Indigenous knowledges must be part of that future.” (Battiste, p. xx)

“Qualitative research showed additional effects of the Immersion School are minimal discipline problems, improved self-esteem and pride in being Mi’kmaw, increased academic success, and a desire on the part of the students to use the Mi’kmaw language outside of the school environment by repeating learned conversations in social situations, or by texting in the language with friends from the school.” 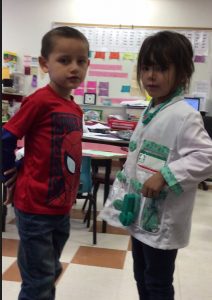 “The revolution was not the Ko Hunga Reo itself as a space for building the languages. Rather, the revolution was built on the strength of young parents’ convictions to be the initiating change for their children, providing them with the opportunities to learn the Maori language within the Ko Hunga Reo language nests. This one act by every parent led to the extraordinary revolution of grounding their activation in many different venues, grounding their responsibilities to their children in a commitment to be present every day and give back to the nation. What a change it did make! Linda Smith’s book is important reading to anyone seeking to understand Indigenous peoples and decolonization. Her framework has emerged from her historical study of Maori people, but it is very important in its applications to other Indigenous peoples who have experienced colonialism and its various forms of diminishment and deprivations. (Battiste, p. XX)