“Almost all North American Aboriginal languages fundamentally operate from a view of the world as interrelated and in flux, signifying these relations in highly descriptive prefixes and suffixes with the verbs… Being aware of the differences that verb- and noun-based languages have within world views can help many educators to understand something more about Aboriginal world views, thought, and consciousness, while addressing a major cognitive gap in learning…” (Battiste, p.xx)

“Aboriginal languages and consciousnesses that are connected to place, for it is place where Aboriginal identity resides.” (Battiste, p. xx)

Inuvialuktun language preservation – In the classroom, on the land and using tech 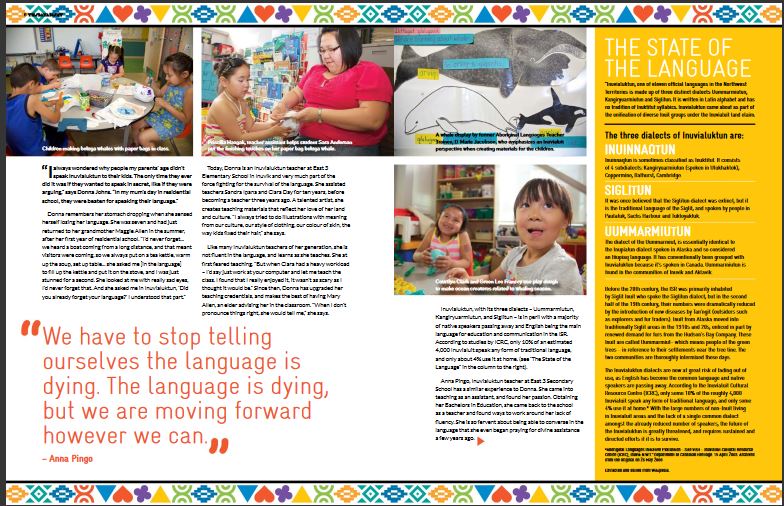 “Language programs that provide multiple experiences and connections, beyond conversation and dialogues, become important knowledge building bases for students… Viewed as an asset, Aboriginal languages and the knowledge embedded in them can create the bridge between the oral and written traditions and be a valuable complement to students’ English… Aboriginal language instruction should not be solely focused on language itself as object, but on the knowledge embedded in that language and the interrelationship formed in the learning, from animals, plants, spirit guides, and the ecology.” (Battiste, p. x) 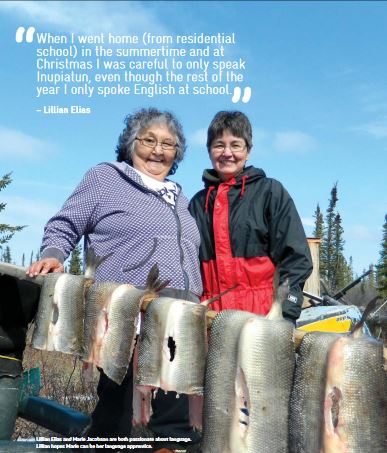 In addition to connecting to the land, Inuvialuktun language revival is also seeking to use technology through the creation on an app. 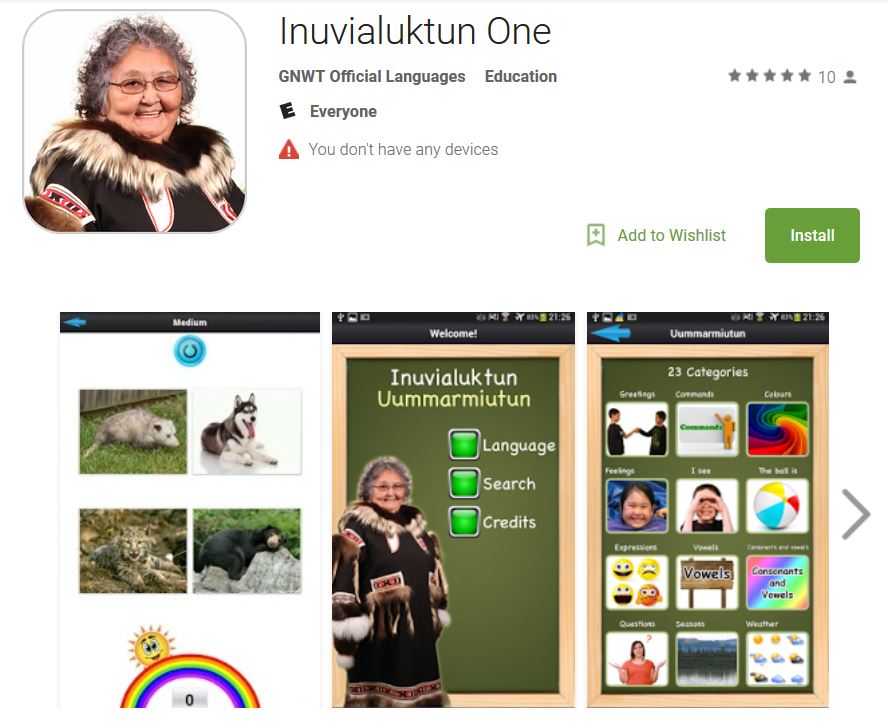 On a personal note, while putting this together, I also looked at the reviews. The first one is from a student I worked with while he was in high school. The second one is from my youngest son. Maybe technology can help support language learning even when young people are far away from their home communities? 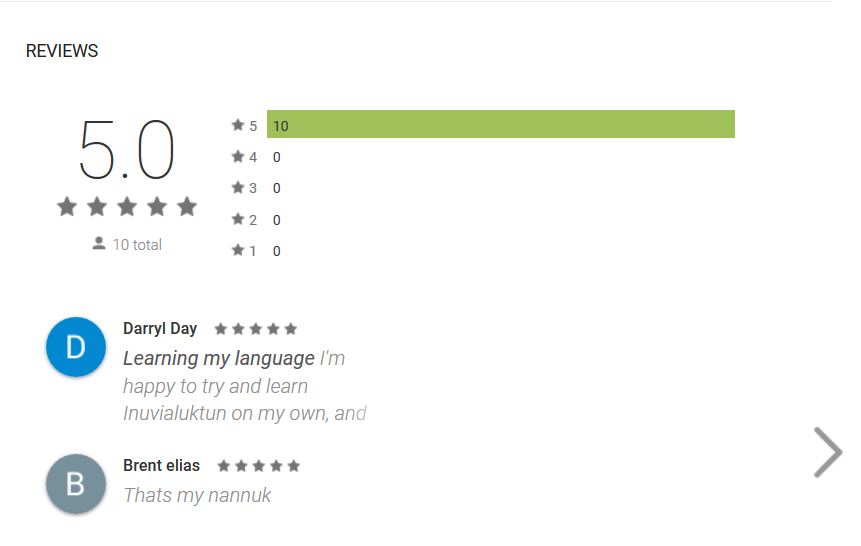 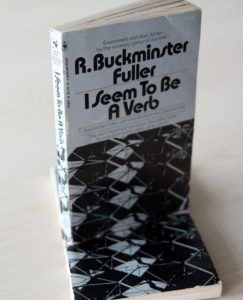 “I live on Earth at the present, and I don’t know what I am. I know that I am not a category. I am not a thing – a noun. I seem to be a verb, an evolutionary process – an integral function of the universe.” (Fuller, p.xx)